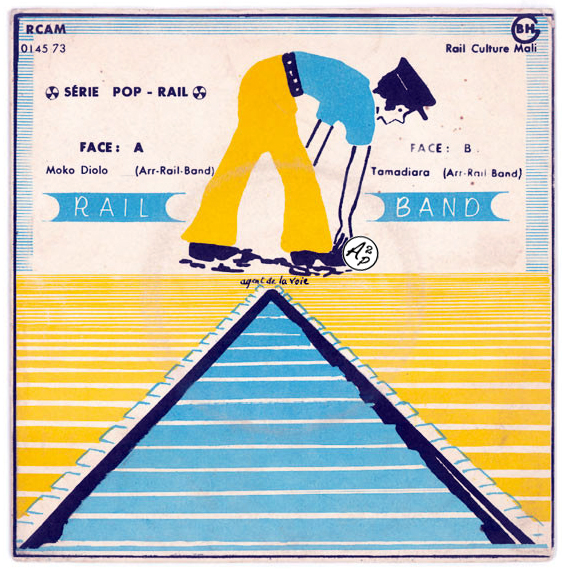 Following to this post, i wanted to share with you for today “Moko-Diolo“, a powerful Afro Jerk Funk track taken from the second single released in 1973 by the Malian orchestra “Orchestre Rail Band” from this band that Salif Keita, Mory Kanté & Tidiani Koné were part of – Enjoy !

State-sponsored by the national railroad Malian Company (it explains the name of the band), Le Rail Band was the most powerful Malian orchestra, that released more than ten LP’s and many 7′ from the 70’s to the late 80’s.
The Rail Band’s leader was the great Tidiani Koné, an outstanding musician who was also a griot (a kind of religious leader/ influent personality), who decided to give his chance at this time to a young albino singer, Salif Keita, that would become world famous in the future.

You can also listen to this song on my Youtube channel here : https://youtu.be/XHzR4n0OLIU