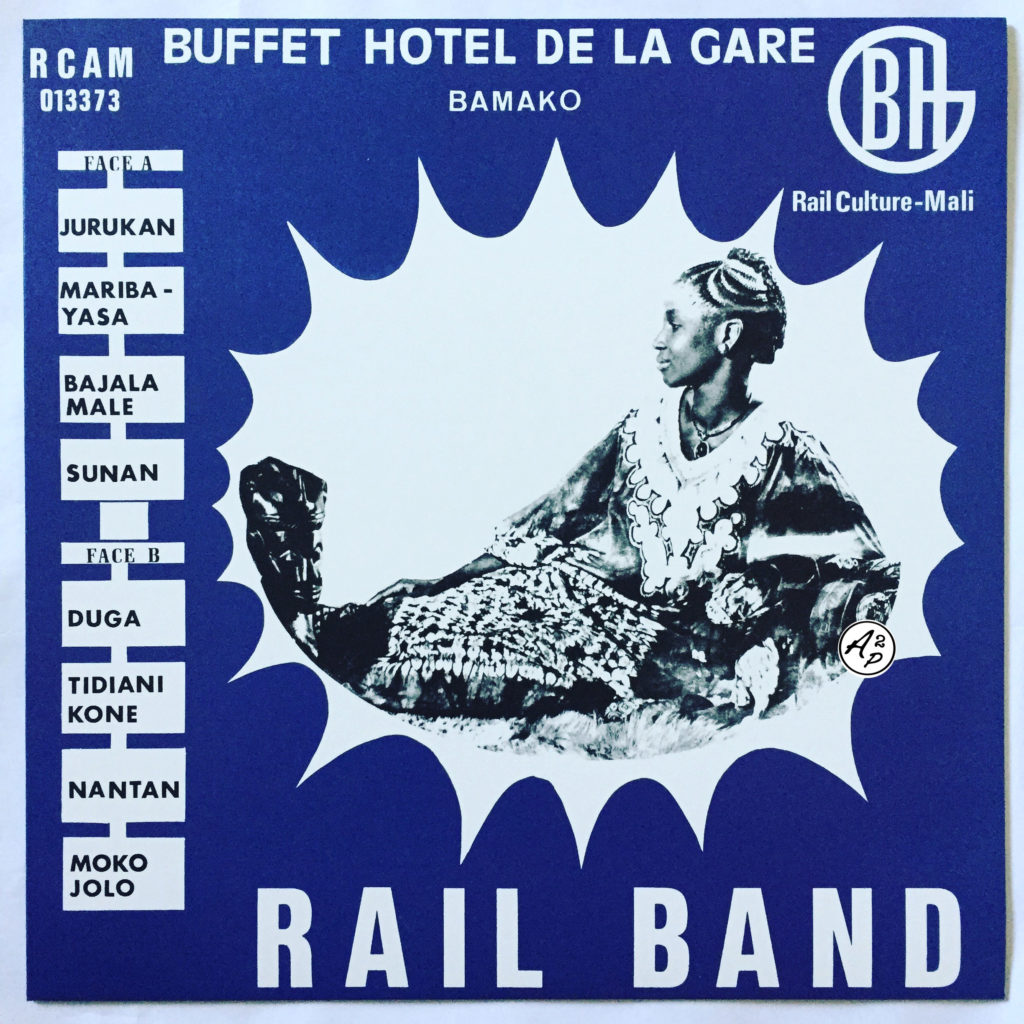 Hi everyone !
Today, I decided to make you (re)discover one of the great African Orchestra, from the Mystical country of Mali : L’Orchestre Rail Band du Buffet Hotel de la Gare de Bamako, also nicknamed Le Rail Band.
State-sponsored by the national railroad Malian Company (it explains the name of the band), Le Rail Band was the most powerful Malian orchestra, that released more than ten LP’s and many 7′ from the 70’s to the late 80’s.
The Rail Band’s leader was the great Tidiani Koné, an outstanding musician who was also a griot (a kind of religious leader/ influent personality), who decided to give his chance at this time to a young albino singer, Salif Keita, that would become world famous in the future.
Here is the track “Marabayasa” (Mariba Yasa or Marba Yassah), an outsanding track taken from the first album of the band, driven by Mamadou Bagayoko‘s devastating drums, Alfred Coulibaly‘s savage saxophone and Salif Keita‘s holy voice – Enjoy !

You can also listen to this track on my Youtube channel here : https://youtu.be/BCBM6XDi9HI

Picture Artwork from my friend Faud from Les Mains Noires 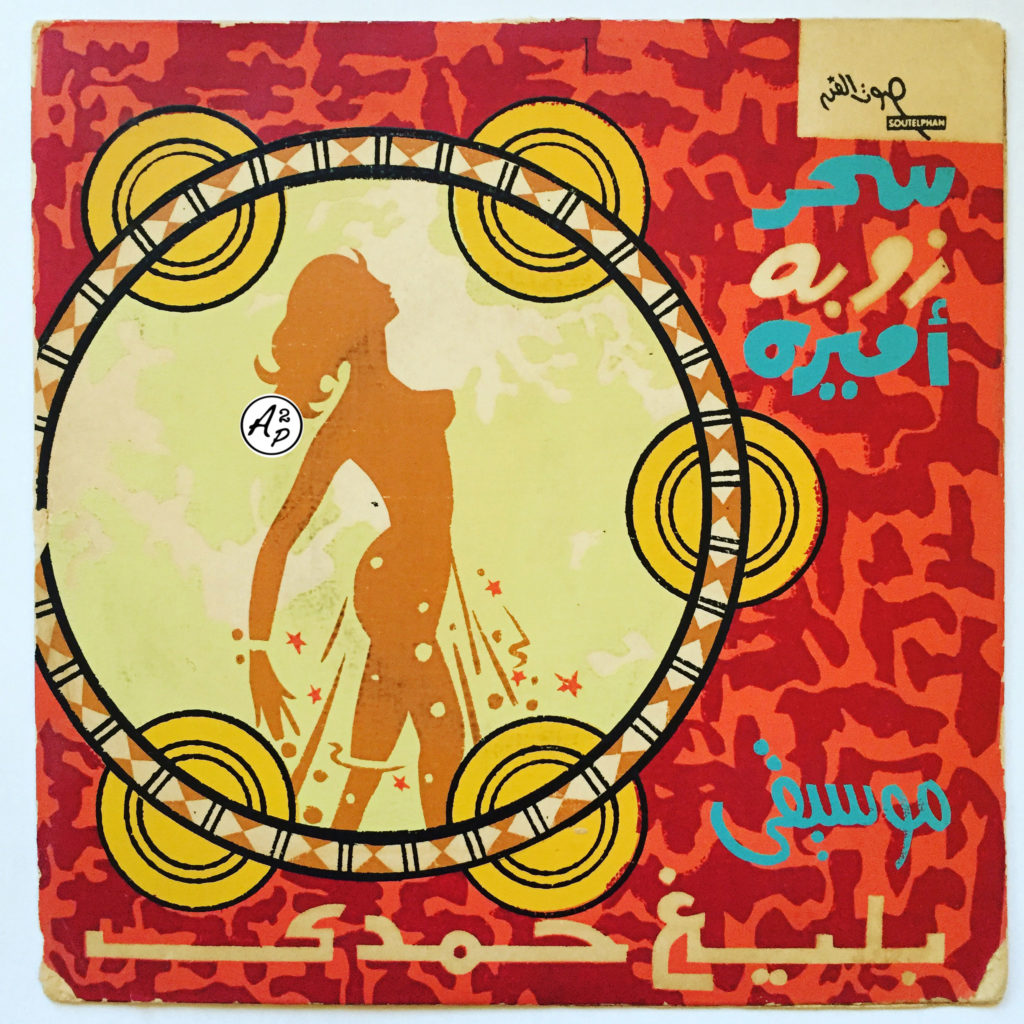 Following to this article, I wanted to share with you “Mawal“, another short but beautiful early 70s Oriental surf track a la Omar Khorshid with sweets violin and flute parts from the Egyptian master Baligh Hamdy – Enjoy !!

You can also listen to this track on my Youtube channel here : https://youtu.be/N6LHPLp6Tfw

Have a nice week ! 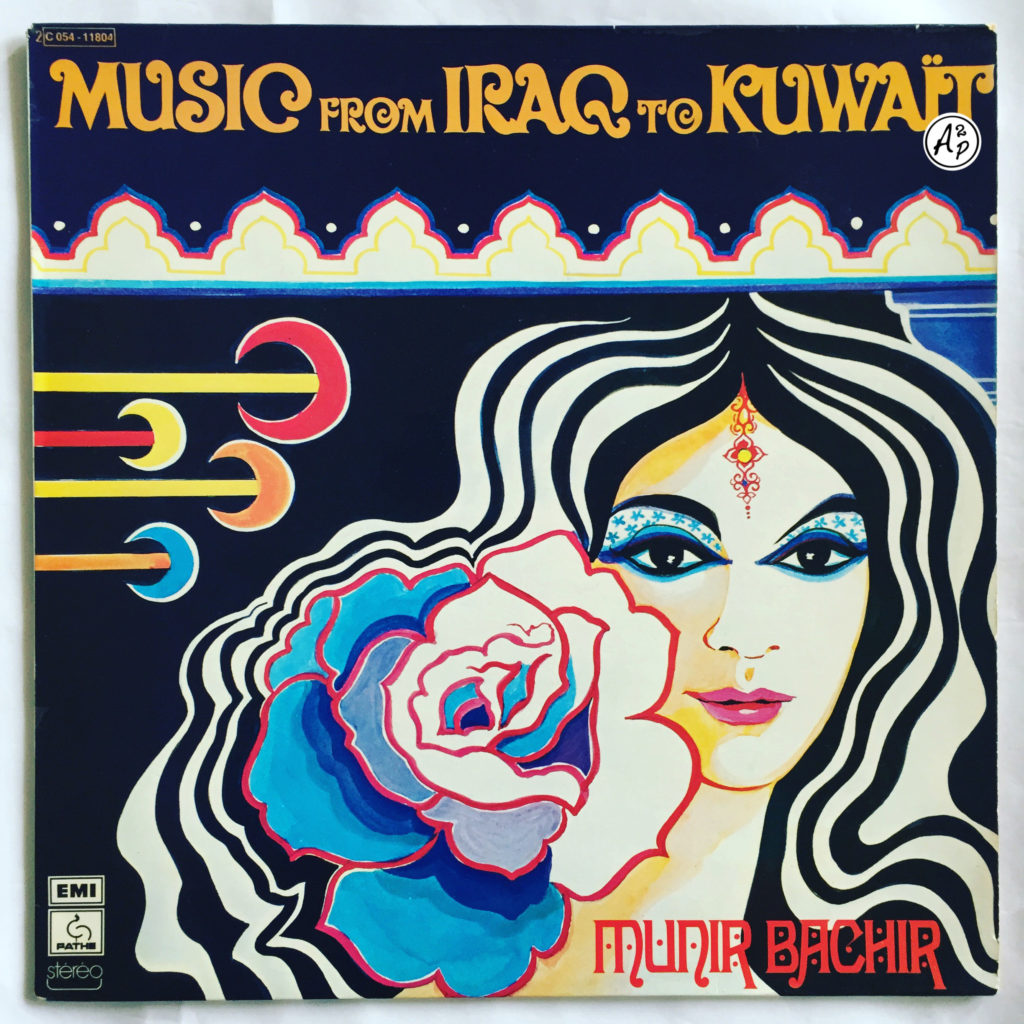 Munir Bachir was an Iraqi musician, native of the city of Mossoul.

He began the Aoud (6 strings lute from Iraq) play at 5 years old and became teacher of this instrument at the Musical School of Bagdad at 15 years old.

He militate all his life in favor of the recognition of the Aoud in the Middle East, considering it as a more advanced musical instrument than the mandolin or the sitar.

He toured a lot in Europe (France, Switzerland, Denmark, Germany..)  before going back in Orient in the 70s, and recorded a many albums.

The song I wanted to present you today, “Fouk Ennakhl“, is a perfect crossover of Oriental and Occidental musical influences with sweets melancholic piano and violin parts that remind the recordings of the famous Rahbani Brothers from Lebanon – Enjoy !!

You can also listen to this track on my Youtube channel here : https://youtu.be/MmXVqqdDfp8

Have a nice Sunday, 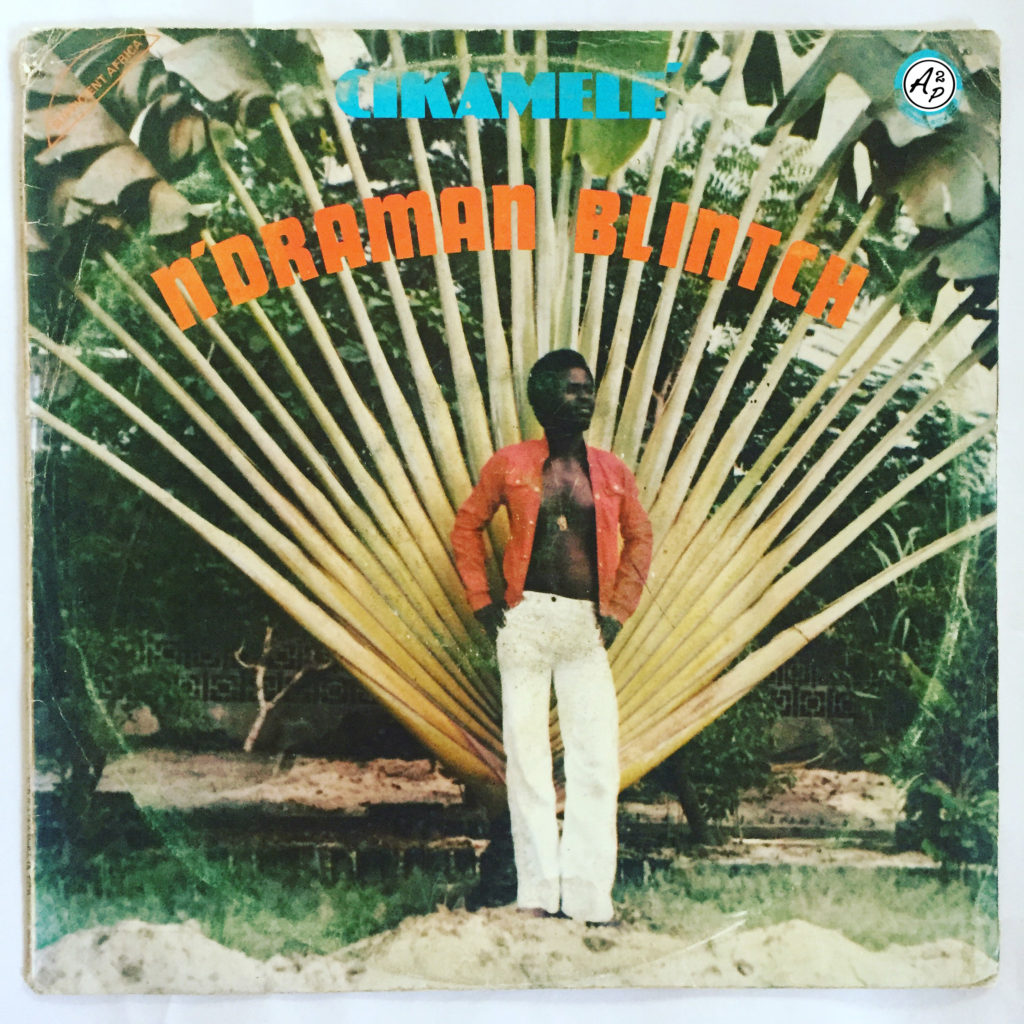 N’Draman Blintch was an artist from Nigeria who released three auto-produced obscure albums at the end of the 70s, and who was one of those very few precursors that experimented cosmic vintage synths in Africa back in 70s, as William Onyeabor also did.

I decided to present you an edit I made of “I First U Last“, the last track of his first album, a catchy cosmic Afro Funk track with crazy organ parts – Enjoy !

You can also listen to this song on my Youtube channel here : https://youtu.be/u4JhFoC4Fqk

Or on my Soundcloud page here : https://soundcloud.com/armand_de_preseau/ndraman-blintch-i-first-u-last-armand-de-preseau-edit